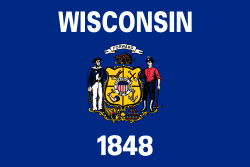 When someone goes to jail, they’re certainly cut off from the rest of the world, but it doesn’t mean that we have to be cut off with them. While finding an inmate used to be an arduous task that required a lot of work on your part, the internet has made it far easier to figure out where someone is being held.

Today, we’re going to explore how you can conduct a Wisconsin prison inmate search. Since the process differs a little bit from state to state, we figured that you may be able to use a bit of help figuring out how to navigate the Wisconsin Department of Corrections Inmate Search web page.

If you’re searching for a Wisconsin state inmate, then you may be able to simplify the process by checking out the Wisconsin DOC (Department of Corrections) website. Most of the records are kept centralized there to make it easier to find people who are imprisoned throughout the state without jumping through hoops.

Unfortunately, there are a few outlying cases in which you may not be able to find an inmate in Wisconsin using this handy tool. The first case is when you’re dealing with someone that is in county jail. In those cases, you’ll have to get in touch with the sheriff’s office of the county that the inmate is imprisoned in.

In most cases, you’ll need to have a face-to-face meeting with a representative of the sheriff’s office or give them a phone call, at the very least. This is because most county sheriff’s offices outside of larger cities don’t necessarily have the resources to maintain an online presence and database of inmates.

Speaking of cities, you may also have to search for inmates in cities separately, as they tend to have their own databases that are independent of state prison records. There are many places to access police jail and city jail records that will let you know where you can find the person you’re searching for.

In the final instance, the person that you’re looking for may be imprisoned in a federal prison, which will require you to search in an entirely different place. This is because federal prisons tend to maintain online databases of prisoners that are independent of state jails.

As when searching for inmates in any other state, there are a few pieces of info that you can have to ensure that your search will be as easy and straightforward as possible. The main piece of info that will allow you to find someone is their full, legal name, including their first, middle, and last names.

When conducting a search on some databases, you may wish to word their name like this “LAST NAME, FIRST NAME and MIDDLE NAME.” This is due to how many records are kept for state institutions but feel free to try different orders if that doesn’t work out.

You may have to search for someone a few different ways before you find them because the Wisconsin inmate locator isn’t exactly a unified program. In many cases, it consists of databases that have been mashed together meaning that they have different input methods and sorting systems.

This can make it harder to find someone you’re searching for, so you may also wish to include their date of birth in the search. This will be especially helpful if you’re searching for someone that has a relatively common name, meaning there’s a higher risk of finding duplicate names for other convicts.

Finally, the one thing that will make your search go more smoothly than even these two morsels of info is the inmate ID number of the person that you’re searching for. This will allow you to head directly to the inmate’s web page without having to search through potential duplicate names.

Thankfully, unlike other states, Wisconsin has the vast majority of its state prisons included in its online inmate search. Aside from the few exceptions that we mentioned earlier (which aren’t state prisons at all), the Wisconsin offender search tends to be relatively reliable.

The WDOC has a proud history, and throughout the 150+ years that it has existed, none of its officers has ever died while on duty. Along with training corrections officers for the state prison system, the WDOC is also responsible for managing the logistics of how the prisons are operated.

Does Wisconsin Have the Death Penalty?

Wisconsin has traditionally had a progressive stance when it comes to things like the death penalty. In fact, in 1853, only two years after the WDOC was established, Wisconsin was one of the first states in the country to abolish the death penalty, and it has some of the fewest people executed in US history.

Wisconsin has only executed a single person throughout its entire history. The only criminal to be executed in the state was John McCaffary, who was convicted of drowning his wife in his backyard. For this offense, he was hanged. Two years after this execution, the death penalty was abolished in the state.

Other Ways to Find a Wisconsin Inmate

If you’re struggling to find an inmate in Wisconsin, you have a few different strategies that you can attempt so that you can find them. The first thing to try out is getting in touch with Wisconsin Department of Corrections employees in person. This will allow you to find someone who may have slipped through the digital cracks in the database.

If an in-person meeting with the WDOC won’t help you out, then you can also take the step of hiring a private investigator to find where the person you’re looking for is imprisoned. Keep in mind that this may be relatively pricey, so be prepared to save some money for this endeavor.

We Found a Total Of 609 Incarceration Facilities in The State Of Wisconsin (WI):