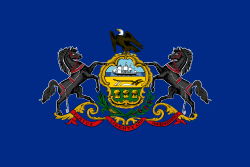 Pennsylvania Department of Corrections (PADOC) is a centralized facility which is responsible for every inmate records in Pennsylvania (PA) state prisons.

How To Locate An Inmate in Pennsylvania State Prison?

There are times you may be interested in searching for some information about a convicted person for one reason or the other. During these times, you may be faced with a serious challenge of not knowing where to start from. While this may be hard, we are of the opinion that this shouldn't cause you any serious problem at all. You can conveniently get “Inmate Locator Online” to do the magic. It is a database provided by the Pennsylvania Department of Corrections (PADOC). With this service, you will get all necessary help when researching criminals' background information, and also this service can be of great importance to a person interested in some information about inmates transferred between facilities.

If you're seriously interested in searching for an inmate in Pennsylvania or about inmate criminal background checks, you need to think beyond the basics. This informative article takes a closer look at things you need to know about How to Locate an Inmate in State Prison.

An inmate search can give rise to many types of information about criminal or legal issues including arrests and convictions. For example, if an allegation of child abuse is to be found it will be in the report as well. An inmate criminal records information is not always available to the public in every state. Pennsylvania Department of Corrections (PADOC) provides inmate information online that is accessible.

The site to check for past and present inmates in Pennsylvania is Pennsylvania Department of Corrections (PADOC), you can only search if the inmate you're looking for was actually in jail. This can serve as a useful validation if you want to know whether the person you are searching for is an inmate or not. On this site, you can also consider searching by searching with the inmate FIRST/LAST NAME OF THE INMATE, DATE OF BIRTH, and INMATE NUMBER (ID) with this you can be provided more information about the inmate.

You can easily search online by simply adding the name of the state + the inmate name. For instance, put 'Pennsylvania Smith Wilson.' Most time the official websites Pennsylvania Department of Corrections (PADOC) provide different search options.

We Found a Total Of 996 Incarceration Facilities in The State Of Pennsylvania (PA):