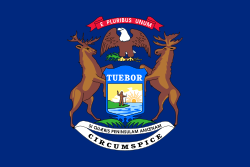 Michigan Department of Correction (MDOC) maintains a centralized database about each and every inmate held in Michigan (MI) state prisons.

How To Locate An Inmate in Michigan State Prison?

If you know how to go about it, searching for an inmate is one of the simplest things you could ever come across. Some databases are freely available at the Michigan Department of Correction (MDOC) online. For a successful inmate search, you will have to know a few amounts of information. For beginners, it will be necessary to know where the inmate is incarcerated, or at least the State (Michigan) they are serving their time. In the process of searching through the state (Michigan) database and is not possible to find the inmate, it is more likely that the inmate is either in a Federal facility or they could be in a jail that is not included in the state (Michigan) databases. This article will guide you on how to search the jail databases through the Michigan Department of Correction (MDOC) website for free.

Most of the databases provided on the Michigan Department of Correction (MDOC) website grants you access to search using an alias or partial name, however, for the most part, a full first and last name will be required when searching don't be surprised if you search for a common name and get many results. If this occurs, you will have to filter out your inmate using the date of birth that they have listed with some of the information, and sometimes they will give you actual pictures of the inmate.

Michigan Department of Correction (MDOC) is the link you need to all the inmate databases in Michigan. They are well organized by state name (Michigan), with Federal and Immigration search on the topmost side. When you search and find it difficult to find who you are looking for try searching with more specific information. For instance, if you are searching for Drake Wilson Mike and get no results, you can redo your search using less input. For example, it will be better to just search by the first and last name, then first last with the middle because the inmate information may not be listed with their middle name. If possible you can't still find the inmate, it will be advisable to try your search considering an alias or with just a last name, or last name and first name initial.

We Found a Total Of 632 Incarceration Facilities in The State Of Michigan (MI):