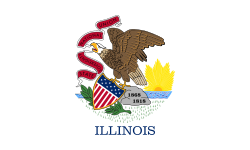 Knowing someone who is in prison can be a stressful experience, whether you’re a victim, friend, or relative. Figuring out where an inmate is housed can help bring you peace of mind, but it isn’t necessarily the easiest process to get through, especially if the inmate is housed in state prison.

To make it easier for people in Illinois to find inmates that they’re looking for, we’ve put together this guide. We’ve gathered information about how you can browse the website of the Illinois Dept of Corrections so that you use their inmate search tool. We’ve also collected some info about using other strategies to find Illinois prisoners.

In the past, finding an inmate in the state of Illinois used to be complicated by the need for appointments as well as a lack of unity in records between state prisons. While the disunity in these records may still present some issues when conducting an online search, the process has still become far easier.

This is mainly due to the Illinois Department of Corrections inmate search, which has been designed to allow people to look for an inmate that they have a bit of basic information on. As we mentioned before, because of how the database has been compiled, there may be some factors that complicate your search.

In most cases, this is because of how the data has been compiled in the database by each of the individual state prisons. Since some states may have used a different way to organize their prisoner records, you may not be able to find all of the relevant information with a single search.

This is because you may have to search different names and aliases if you’re looking for a specific inmate. While some prisons may have organized their prisoner records by first and last names, others may have only included an initial and a last name, making it far harder to find someone with a common name.

Next, you’ll want to make sure that you have the date of birth of that individual, as the Illinois prisoner search tool will allow you to filter people by their birth dates. At the very least, this will allow you to narrow down the results that you get without having to look through pages of people.

Illinois will also give you some basic info about the convict when you find them, including the crimes that they have been convicted of and if they have any allegations of sexual or child abuse against them. Another thing to keep in mind is that the IDOC will only keep info on a prisoner that is currently in jail.

After someone has been released from prison, the state department of corrections will purge that file from their database, meaning that this won’t be an easy way to conduct a background check.

If you’re trying to figure out more about the background of an inmate who is no longer imprisoned but was once convicted in Illinois, then you’ll have to get creative with your methods. One of the easiest ways to background check someone is to head over to your local courthouse.

After scheduling an appointment, you’ll have a meeting at the courthouse in which you’ll be able to find the person whose records you want to check. Keep in mind that you can’t get anyone’s records through this method, as you’ll need to prove a valid reason for requesting that information.

Also, keep in mind that you may not be able to find inmates who are not being kept in a state prison, specifically. This is because there are typically separate databases for things like county, city, and police prisons. If the person that you’re looking for is held in one of these facilities, then you’ll need to check more specialized databases.

The Illinois DOC (Department of Corrections) is the institution that manages the Illinois inmate locator as well as the state prisons throughout Illinois. Far from just managing the Illinois offender search, this code department has existed since 1970, and it employs everyone from state prison guards to logistics managers.

Does Illinois Have the Death Penalty?

Illinois traditionally used hanging as its form of execution until 1928. Throughout the 1970s, the death penalty in Illinois was struck down, reinstated, voided, and then finally reinstated in 1977. 1999 saw the final person executed in Illinois, the serial killer Andrew Kokoraleis.

In 2003, Governor of Illinois George Ryan commuted all death row inmates, and in 2011, Governor Pat Quinn abolished the death penalty in the state, commuting the remaining fifteen inmates who were on death row.

Other Ways to Find an Illinois Inmate

If your Illinois DOC inmate search has failed, you have a few other ways that you can figure out where the person you’re looking for is being held. The most likely circumstance is that the person is being held in Illinois but not necessarily in an Illinois state prison.

Illinois is home to three federal prisons, as well, so it may be worth your time to search on the federal inmate database to see if the person you know is being kept in one of these facilities. If none of this works out, you also have the option of hiring a private investigator who can handle the legwork and find who you’re looking for.

We Found a Total Of 530 Incarceration Facilities in The State Of Illinois (IL):